ATTENTION! This Page Is UNDER CONSTRUCTION

Andromeda is a Quantum Tempest with a variety of long-ranged attacks, consisting mostly of AoEs. She is the first Quantum Tempest unlocked in the game, and one of the few heroes that have "crowd-control" capabilities.

Andromeda is a very AoE focused hero, with only one ability that deals non-AoE damage, two if you count her Beta variant ability. And surprisingly, she deals mostly physical damage.

Despite her being AoE focused and dealing mostly physical damage, she won't necessarily have a difficult time with 'Shifted' or 'Ghostly' enemies, because she can deal "free" non-AoE Energy damage with her basic attack.

Even though the best defense can be a good offense, Andromeda doesn't take damage well, so if she runs into too many enemies or an enemy she can't kill fast enough, she becomes very vulnerable.

Supportive heroes and tanks would help her survive longer though, and she's ideally used in Co-op anyway. Her crowd-control AoEs and her passive would be of more benefit to other players than herself.

Heroes that could pair especially well with Andromeda, either in a squad or in co-op, are Arakna and/or Krel: All of Krel's and most of Arakna's abilities will be affected by Andromeda's passive, making them faster and more powerful. Combined with Andromeda's attacks, they'll be able to mow-down large groups of enemies very quickly. In addition, Andromeda's crowd-control abilities will help keep tougher enemies at bay, but not out reach of the heroes' attacks.

"Darkspore Systems Designer Paul Sottosanti takes us through a new Hero Spotlight Video, showcasing the abilities of the Gravitic War Master, Andromeda, a Tempest Class hero and one of the more than 25 characters that gamers will be able to collect, upgrade and customize." — DarksporeGame

NOTE: The following stats are Andromeda's unmodified primary stats: Green are the highest stats, Red are the lowest.

NOTE: Due to varying primary stats, in this case Mind, the special abilities of hero variants' are slightly different. Any of these differences are separated by a Forward Slash (/) in Alpha-to-Delta order.

A nifty ability, Force Pulse deals fairly high damage for a basic attack, and is one of the few ways to knock-back enemies. Enemies that explode on close range like Novas and Exploder Scarabs can be interrupted before they even explode, giving more time to defeat them.

It can be used strategically to keep enemies in an AoE, such as Andromeda Gamma's Time Bubble or Sage's Strangling Briars. It can also be used to keep enemies away from an ally if they're getting low on health.

This is an amazing ability for PvP especially. You raise them up while your burst damage partner destroys them. Additionally, the damage is also quite nice. Use it wisely though, as it has a 24 second cooldown.

This is more of a utility/panic ability. When combined with certain heroes, this becomes amazing. Honestly, think of this ability like an anti-projectile shield that you can use every six seconds. Pretty good. Keep in mind though that this is useless against melee enemies in PvE, and other players' heroes in PvP.

Repulsion Sphere can even deflect homing projectiles that will home in on the very enemies that launched them! That way, you can really save yourself should a Repression Mechanoid or Annihilation Mechanoid fire its stunning homing missile at you.

The modifiers for Andromeda's Repulsion Sphere are featured below, along with a few comments on them.

This Passive ability is pretty useful especially if you are in Co-Op with other Ranged Heroes. Quantum Heroes with Shooting Star will benefit from the increased damage from the increased speed of the comet, and the projectile itself will have its damage increased as well! 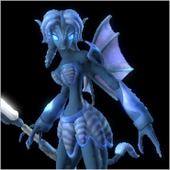 Celestial Comet is a pretty useful and powerful ability. Considering Andromeda having a lot of Crowd-Control abilities and attacks already, there shouldn't be a difference choosing another variant over Andromeda Alpha.

Gear that increases physical damage and AoE effects are a good setup for Andromeda Alpha. 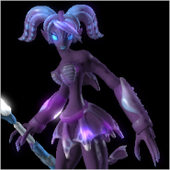 Shooting Star is a difficult ability to master, but can be somewhat effective if used right. It is best used over a large distance, but this increases the chance of the target moving out of the way. In Co-op, one player can use Virulent Vines (or any other snare) to keep the target still, while the other can launch the Shooting Star. In Solo, it is much more complicated. A Temporal Siphon and Strangling Briars can slow an enemy down dramatically, hopefully keeping them in one place long enough.

Projectile Speed and Andromenda's Gravitic Field gives her the best advantage when using this ability, because not only will it help Andromeda to actually hit the target before it moves, but it will also deal more damage. This combination can make the Shooting Star an instantaneous shot to enemies and make it zip through the battlefield like a super-fast dart. It can also be augmented by increases to physical damage. 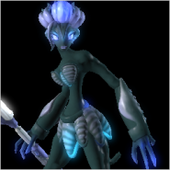 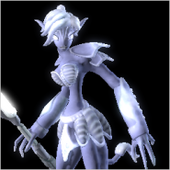 Andromeda Delta is the last hero available for activation, being available at Crogenitor Level 50 along with Savage Delta (and Meditron Delta?). At that point, you should have at least 50 of all the heroes in the game, but that is completely optional to you.

Anyway, Andromeda Delta is powerful in her own right. If her abilities are still needing to cool down, she can banish enemies while she waits for her cooldowns to finish.

Cooldown Reduction gear will allow for almost permanent banishment. But then you wouldn't need that much CDR unless you are being really offensive in tactics.

Aside from the usual stats you'd want for Andromeda, (e.g. Health, Power, Mind, etc.), other stats that would be best for her would be +AoE Radius, +Cooldown Reduction, and +Attack Speed. Anything that would increase her damage would also be ideal, because she has mostly offense-based attacks.

Desired stats vary on play-style, so here's a list of relevant stats, which means any stat that would affect Andromeda's abilities. Next to the stat is a description showing which ability it affects and how. Not all of these stats are necessary, though, but they are things you might want to keep an eye out for.

Retrieved from "https://darksporegame.fandom.com/wiki/Hero_Strategy:_Andromeda?oldid=16066"
Community content is available under CC-BY-SA unless otherwise noted.