An unyielding juggernaut, Magnos, the Binary Star Sentinel is the only Quantum Sentinel in the game. He is a very well rounded character, with both physical and energy damage, melee and ranged attacks, and offensive and utility functions, all neatly rolled into a single character.

Magnos can be easily described as a massive killing machine. His muscles and abilities make him a pure juggernaut and a great offensive character, able to withstand big damage and dishing out real punishment himself.

A very popular combo of Magnos' abilities is the Gravity Well + Kinetic Wave combo. You simply stand in range, pull all enemies to yourself and then knock them back. As a result, most enemies will die from Gravity Well, while any survivors are slain by Kinetic Wave. This combo makes Magnos a character mainly focusing on Crowd Control.

But, since he focuses on push/pull Crowd Controls, he isn't very effective against enemies with the Surefooted affix, since they'll be immune to the knock-backs and his pulls.

With his Passive, Resonance, all of Magnos' Physical Damage is increased based on his defenses. This is an easily exploitable ability, so naturally, players should have this in mind when choosing squad-mates.

Sage's Strangling Briars, SRS-42's Flak Cannon, Titan's Dazing Shot, Viper's Thornado, Krel's Twinblaze, and with certain Ability Modifiers, Char's Fiery Eruption, are all Squad Abilities that deal Physical Damage. All are great abilities to boot, and most are ranged. However, the two best squadmates are either Wraith or Blitz.

With Wraith's Ghostform, Magnos can have periods of near invulnerability, and have his offensive capabilities increase dramatically. As Resonance is a Passive, Wraith Delta can also use this strategy while using Soul Link. However, Ghostform has a very short period in which it is effective compared to Blitz's Squad Ability.

Blitz's Plasma Wreath provides a more long lasting defensive buff, though it doesn't give him the immunity to projectile attacks that Ghostfrom has. What it does give is an impressive buff to Resist, and additional damage. Plasma Wreath will not give out until all the electricity orbs have been used up, and then it must be recast. Magnos is often in the middle of fights, so he will use up his Wreath's quickly.

An alternate strategy with use of Plasma Wreath is to activate it and then hitting Gravity Well. The effect will be that not only will the enemies suffer from the pull, but they'll also be heading straight towards the Wreath, suffering from even more damage.

One could be tempted to use both Wraith and Blitz. While technically it could deal some of the highest damage in the game, it would also mean that the squad will have little to no range. It would be best to use one, then have a ranged character for the last slot.

There is one squad that seems to defy that previous statement: Magnos, Blitz, and Arborus. With several Arboreal Might's under his belt, Magnos can deal massive damage, and in his Beta Variant, nothing is safe on the screen. However, should the player encounter gangs of Mending Tanglids or Magnetic Masters, they are in for a rough time.

As his Basic Attack is melee, players should be on the watch for Spiky enemies. He can deal with Ghostly enemies to an extent, and Reflective Darkspore can just be pummeled to death by his oversized fists. Surefooted enemies, as already pointed out, are aggravating, especially if the affix is an aura.

The Basic Attacks of most Heroes require little to no strategy to use. Just spam the clicking and kill. Orbital Smash is such an ability. With Magnos' passive, Resonance, the damage of his Basic Attack can be increased as his defenses increase. Pretty simple indeed.

"Pulls enemies within 20m towards Magnos, dealing up to 34 / 37 / 35 / 33 energy damage, with enemies pulled from farther away taking greater damage."

One of the few "pulls" in the game (the others belong to the Magnetic Master Lieutenant), Gravity Well can easily be used to dispatch a large group of Minions, or at least deal plenty of damage to an enemy with higher health. It can also be used to bring-in enemies into an AoE, such as; Zrin's Plasma Column, Blitz's Plasma Wreath, Char's Fiery Eruption, and Sage's Strangling Briars.

Also, it's good against enemies like Electron Bursters, since its ability requires it to be far away, and Hypno Mantises, since it will only sleep from far away.

A great way to put distance between yourself and a horde, as well as deal plenty of damage, Kinetic Wave is a very good squad ability. For this reason, it's also good to use with heroes that can't take damage well, like Revenant and Lumin.

Pretty much every Hero in the game likes this squad ability, regardless of their durability. Other Sentinels and melee Ravagers in particular enjoy this attack. It's worth pointing out that on Viper, Kinetic Wave will poison what it hits.

"Magnos' control of gravity increases the damage of his physical attacks by a percentage equal to the sum of his dodge and resist chances (0%)."

Resonance works very well for Magnos, since his basic attack deals physical damage, as do his Alpha and Beta variants' ability. Unfortunately, it doesn't affect his unique and squad ability, but they deal good damage anyway.

It's can be effective when used with Wraith's Ghostform, since it'll give him a 100% chance to Dodge physical attacks, and increase his survivability even more. Another good choice is Blitz, for his Plasma Wreath squad ability, since it will double his current Resist Rating. Both of their basic attacks deal Physical Damage, so they'll both benefit from Magnos' passive in Overdrive.

Any squad abilities that deal Physical Damage will also be more effective. 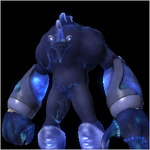 "Launches an accelerating miniature asteroid that deals 17 physical damage plus additional damage based on its current speed."

Effective with Magnos, not just because it will benefit from his passive ability, he can also use it to pick-off more dangerous enemies, such as Lieutenants and Elites. But in order for the Ability to work well he needs a clear shot. Pair Magnos with Wraith and Blitz, use Ghostform and Plasma Wreath (respectively), and take aim; Shooting Star can devastate even most Destructors with one clear hit.

Adding +Physical Damage and +Projectile Speed will both increase how much damage is dealt. Magnos's Passive Ability also increases the damage Shooting Star can deal, so increasing his Dodge and Resist Ratings will make the projectile deal astronomical damage.

Unfortunately, Magnos Alpha (along with his other variants to a lesser extent) can have quite some trouble with Carapace Elites, as they will limit how much damage each hit deals to them, ruining the potential of his physical prowess. 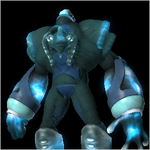 "Warps a nearby comet down to the planet's surface, causing 22-37 physical damage in a 4m radius and knocking affected enemies back." 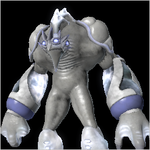 Unlike the two previous variants, Magnos Gamma is more utility based. With Dimensional Rift, he can decommission one group of enemies, then focus on killing another group. It is also useful in Co-op, as it lets him stop Agents in their tracks.

AoE Radius and Duration gear are highly useful on this variant. 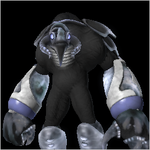 "Creates a spacetime distortion bubble at your location for 12 seconds. Enemies and enemy projectiles are slowed by 60% while within the bubble."

On most Quantum Heroes, Time Bubble is somewhat difficult to use effectively. Andromeda and Orion are Ranged characters, while Vex and Maldri are fragile. Magnos is in a happy medium, with bulk and the ability to drag enemies into his Time Bubble.

This variant is best used in Co-op. Pull in enemies, then immediately set down a Bubble. Teammates can attack with ranged attacks while Magnos keeps the attention of his enemies.

Like his Gamma Variant, players should try to get gear that increases the radius and duration of AoEs.

Magnos should be equipped as any other Sentinel, with lots of Strength and Health and durability stats. Dodge and Resist Rating will improve Resonance, which, in turn, will increase the damage of Orbital Slam. With the usefulness of his abilities, one should try to get plenty Power on him also.

NOTE: Not all of these stats are necessary, but are things to keep an eye out for. Also, these stats mainly apply to Magnos and his abilities, not any other abilities, such as squad abilities.

Retrieved from "https://darksporegame.fandom.com/wiki/Hero_Strategy:_Magnos?oldid=16064"
Community content is available under CC-BY-SA unless otherwise noted.