Start a Wiki
Revenant, the Deathrider of the Stars is the 4th Necro Character unlocked and the 5th Tempest available in the game. Revenant is mainly based on disrupting enemies and slowing down their advance.

Revenant becomes first available at Crogenitor Level 11. His main purpose is disrupting enemies with his Abilities, which are well made for this role. It doesn't matter whether Revenant is tasked with taking out a Lieutenant or a bunch of Minions.

However, there isn't any Hero that is without his/her flaws in gameplay and tactics.

As such, Revenant should avoid Reflective enemies, as well as Unstoppable Elites or Captains. These two will be a major problem, since Revenant doesn't have any Abilities that deal Physical Damage and the fact that all of his attacks deal DoT/DPS damage or inflict debuffs.

There is also an other thing; one that is critical when playing as Revenant. Revenant has Very Low HP! Because of this, he should have as much Healing and Recovery Capabilities as it is possible.

Revenant will greatly appreciate any and all Abilities dealing Physical Damage. Sage's Strangling Briars is an excellent example; Set down the Briars, then plant a Psychic Storm in the middle, suppressing and dealing additional damage.

Another example is Titan's Dazing Shot can deal great damage and Daze enemies from afar. Krel's Twinblaze is also helpful, since it'll make enemies vulnerable to energy damage, so Revenant can follow up with Terrifying Curse. SRS-42's Flak Cannon can slow enemies, keeping them inside a Psychic Storm.

"Revenant fires a concentrated psychic blast that deals 6-10 energy damage, and weakens the target, reducing their damage by 25% for 4 seconds."

An excellent basic attack, Crippling Shot is great in Co-op, allowing Revenant to stand in the back and weaken enemies, along with all of his other abilities. It also has a fairly low cooldown, so it can be used quickly. With plenty of Attack Speed, Revenant can spam the ability to his heart's content, allowing him to hold his own in a fight.

"Summons a swirling pool of psychic energy at the targeting point that lasts for 5 seconds. Any enemies in the area will be suppressed and will take 9 / 9 / X / X energy damage per second."

Psychic Storm is one of Revenant's most useful attacks, especially when fighting against Captains or big hordes. By taking advantage of the terrain, Revenant can force enemies through a bottleneck, suppressing and damaging them with the storm, and any other AoEs, such as Sage's Strangling Briars or Char's Fiery Eruption. This is particularly useful against enemies like Molten Crawlers, Underminds, or Suppression Mechanoids, that have devastating abilities.

This is an even more useful ability in Co-op, allowing Revenant to keep the Darkspore from using some of their more insidious Abilities. With an ability this crucial, Cooldown Reduction is a must.

Psychic Storm is also very helpful in PvP, because of the Suppress, since it will prevent the opponent from using any of their special abilities, or switching heroes, making it easier for Revenant to kill off the opponent's three heroes one at a time.

"Inflicts a nightmarish curse that terrifies the target for 4 seconds and deals 50 / 54 / XX / XX energy damage over the duration."

A strong ability, Terrifying Curse deals impressive damage, and incapacitates the target, preventing them from retaliating to any additional attacks. Because it only affects a single target, Terrifying Curse is best used on heavy-duty Darkspore, such as Elites and Lieutenants. Assuming enemies aren't Reflective or Unstoppable, or both, they will be at the mercy of Revenant and his allies.

Revenant's Modifiers are displayed below.

"Enemies within 8m have their movement speed reduced by 15%."

In theory, Grasping Dead is a good Passive, however, it has the misfortune of being found on a long-ranged character, making it not as useful as it could be. If an enemy is close enough to Revenant for Grasping Dead to take effect, that enemy is much too close for comfort. Given how frail Revenant is, it could perhaps be used to slow enemies down so he can escape. However, there are easier ways to do that, such as Phantom Charge, Vex's Chrono-Blink, or setting down Sage's Strangling Briars.

On other Necro Heroes with Soul Link, such as Wraith Delta, Skar Beta, or Arakna Delta, the ability has much better use. Wraith and Skar are right next to their enemies, and Arakna is not too far from her prey. Arakna and Skar in particular, being Ravagers, will appreciate having their enemies slowed. 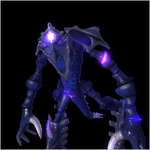 "Damage taken by Revenant is shared among the rest of the squad for 12 seconds. Healing is also shared but only after Revenant is at full health. While Soul Link is active, Revenant will gain the passive abilities of the other squad members."

A nice way to increase Revenant's survivability, it causes him to, in effect, take only a third of damage dealt. And access to your squadmates' passives is a great bonus too, especially in PvP with the lack of Overdrive.

This is a list of possible Passive Ability combos of different heroes with Revenant Alpha: 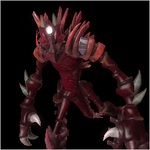 "Channeled health drain that steals 108 health from a single target over 6 seconds. While channeling, Revenant is shielded and takes 50% less damage from all sources."

A nice way to kill two birds with one stone, Lifeforce Siphon helps Revenant to regain some lost health and possibly kill an enemy, all at the same time. Also, the enemy will have a harder time moving out of range, because of Revenant's passive, Grasping Dead. The Damage Reduction is nice, considering Revenant has low health. Coupled with the weakness inflicted by his basic attack, Crippling Shot, he can take up to 75% less damage from an enemy.

An nice way to keep your target still, is to use his Terrifying Curse with the modifier that freezes the target in place. The other modifier, that causes nearby enemies to become terrified as well, can keep other enemies from attacking him during the channel. 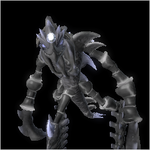 "Charges through enemies, causing XX-XX energy damage and suppressing them for 2 seconds."

Perhaps somewhat out of place for Revenant, Phantom Charge has two possible uses on Revenant: quick escapes and strategic placement.

An obvious use is to escape when Revenant is surrounded by enemies. The damage and Suppress are nice bonuses, and as long as the player makes sure they don't fly straight into a wall, Revenant can put some decent distance between himself and his would be assailants.

The other use is more viable in Co-op, when Revenant is not the only Hero on the field. By using Phantom Charge, he can get behind enemies and release a wave of damage with his abilities, and other Squad Abilities, such as Magnos' Kinetic Wave, taking them off guard. 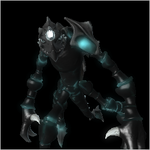 "Summons a semi-intelligent necroplasm for 12 seconds which will inflict a curse upon each enemy it touches. Cursed enemies will take XX energy damage over 8 seconds."

Aside from its obvious applications in PvE, it can be used effectively in PvP also, when paired with his Psychic Storm. Placing a Storm at your opponent's location, Suppressing them, will prevent them from escaping the curse's damage, or from switching to another hero with more HP. In addition, they'll also have a (somewhat) harder time moving out of range of Affliction Bolt, because of his Passive Grasping Dead.

This variant doesn't require any special stats that Revenant wouldn't want anyway, making it slightly easier to equip. Of course, Dual Leech is helpful, as well as Cooldown Reduction. (It is uncertain whether Pet Damage affects Affliction Bolt or not.)

Since Revenant is a Tempest, he should be equipped with lots of Mind, Dodge and Resist Rating. Power won't be a big problem, because Revenant has gigantic amounts of Power, but it should be added anyway though. Big amounts of Health is a must, if one wants to play him. Otherwise Revenant dies pretty quickly in a fight, and this isn't a very pretty sight, so a lot of Defensive Stats are extremely helpful.

NOTE: Not all of these stats are necessary, but are things to keep an eye out for. Also, these stats mainly apply to just Revenant and his abilities, not any other abilities, such as squad abilities.

Retrieved from "https://darksporegame.fandom.com/wiki/Hero_Strategy:_Revenant?oldid=16052"
Community content is available under CC-BY-SA unless otherwise noted.