Darkspore is an unusual RPG. In most games, characters fit a specific class, and can really only do that job. In Darkspore, Heroes can perform a variety of tasks. Most notably, there is a lack of true tanks, characters whose sole purpose is to soak up damage for allies.

Except for Wraith, the Spectre of Vengeance.

Wraith, as many players have said, simply seems to be incapable of dying. A solely defense-oriented Hero, almost all of his abilities are focused on keeping him alive, outlasting his enemies.

Wraith is a solid (or non-solid) wall, shrugging off attacks. One of the biggest Heroes in the game, Wraith is a great character for defensive and utility teams. In Co-op, he can take the pressure off of his allies, leaping straight into the thick of things then scattering them.

Wraith likes Dual Leech gear. He isn't the best at actually dealing damage, so he needs to keep his health and power high. He also likes ways to hurt many enemies at once.

Viper's Thornado and Zrin's Plasma Column are two abilities that pair well with him. With Thornado players can cast it then follow up with Death's Embrace, sending the Darkspore running away in panic while poisoned. At the same time Plasma Column requires Wraith to keep the enemies close for the best damage.

Sage's Strangling Briars and Char's Fiery Eruption can be placed at any point on the screen, so naturally they can be put under the caster.

Meditron's Reconstruct can be used to further increase Wraith's survivability by healing him and increasing his maximum health. However, players will want high Cooldown and Power as Wraith has a large amount of health which may take longer to restore than say the health of a Ravager. Tork, despite his nerf, could be a useful squadmate depending on the enemies Wraith encounters. If he is the victim of many enemies that deal status effects Sporogenesis can be used to cleanse him of these effects and net some extra healing.

"Melee attack that suppresses the target for 2.4 seconds and causes 8-12 physical damage. The suppression can not occur more than once per 10 seconds."

Suppressive Blow is a decent attack. The ability to inflict Suppression on an enemy is greatly appreciated, and can shut down enemies like Underminds, Raytheoids, and Molten Crawlers. Also, it may not the most powerful Basic Attack compared to other Sentinels, but it has the biggest range of them all.

A common mistake is trying to use Death's Embrace as a finisher to kill off large groups of Darkspore. The truth is the damage is a bonus, and the real purpose is to terrify enemies. This will just send the enemies running, likely not dead, and leaving you to chase them down while taking little to no damage at all.

"Becomes incorporeal for 6 seconds, causing projectiles to pass through Wraith and granting a 100% chance to dodge physical attacks "

Death's Embrace is Wraith's "Vengeance", but it's Ghostform that makes his "Spectre". Having a temporary invulnerability is extremely good and, since it's a Squad Ability all Heroes in Wraith's Squad benefit from this.

Note however, that Ghostform should only be used when Wraith is overwhelmed or in nasty situations, such as having yourself pummeled to death by Invincitrons and Carrion Shamblers, fighting against a legion of long-range Darkspore or standing in the way of a shooting Quadrakiller.

The stats that Ghostform requires are Buff Duration and Cooldown Reduction, since this ability is vital to Wraith's survival.

This is what makes Wraith tick, the ability to negate all damage directed to himself and his allies. Combined with the natural bulkiness of a Sentinel, this makes Wraith a very durable character. In Co-op, this also allows his allies to have their own durability increased. 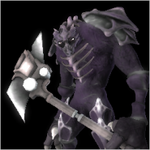 "Channeled health drain that steals 105 health from a single target over 6 seconds. While channeling, you are shielded and takes 50% less damage from all sources."

This ability is a favorable one for the fact that it leeches life from a target, and during the channel, will take even less damage than other Necro heroes thanks to Wraith's Passive Ability, adding up to 65% less damage. A strategy in Co-op would involve the other player(s) using Revenant and Jinx's Curse of Weakness. Revenant could constantly fire projectiles at a ranged enemy, while Jinx's Squad Ability, Wraith's Passive and Lifeforce Siphon, as well as Ghostform cause the enemy to deal no damage at all to Wraith, and 100% threat increase could ensure the other player(s) won't be attacked by the foe. However, this Necro-dominant party could be a liability on Nocturna, where Necro Darkspore are common. 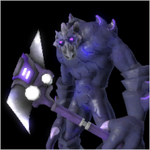 "Charges through enemies, causing 17-25 energy damage and suppressing them for 2 seconds."

Wraith Beta is great at disabling multiple enemies in one shot (assuming you don't fly into a wall instead). Phantom Charge is a great way to cover distance, and once in the middle of a group Wraith can use Death's embrace to make the enemies scatter.

Use the same gear you normally would when fielding Wraith, and you should be fine. 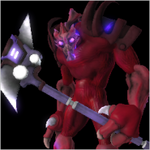 "Summons a semi-intelligent necroplasm for 12 seconds which will inflict a curse upon each enemy it touches. Cursed enemies will take XX energy damage over 8 seconds."

This Variant can be played similarly to Skar Delta, except for the fact that he has no way to Crit every time. One may activate Affliction Bolt, then follow up with Death's Embrace, causing Darkspore to scatter while taking damage over that duration, creating an AoE version of Revenant's Terrifying Curse. Activating Ghostform and using this ability will make Wraith nearly impenetrable while Ghostform is active, and enemies take constant damage during this period.

One will, as always with Wraith, want to avoid energy-resistant Darkspore if he lacks sufficient weaponry, as his basic is the only ability of his that deals physical damage.

+%Projectile Speed, +%Energy Damage, +%Periodic Damage, +%Duration of Harmful Statuses Inflicted, and, suprisingly, +%Movement Speed (so that Wraith can carry the necroplasm to farther-away foes) are all helpful. 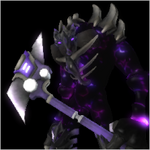 "Damage taken by Wraith is shared among the rest of the squad for 12 seconds. Healing is also shared but only after Wraith is at full health. While Soul Link is active, Wraith will gain the passive abilities of the other squad members."

Wraith Delta is arguably the most bulky character in the game. With the combined Health pools of all three Heroes in the player's squad and a passive that reduces damage taken, this variant can survive hordes that most other Heroes would be slaughtered in.

If you couple this with, say, Titan and Zrin, expect to become truly immortal. Not only will you have tripled health, but you will also have all defensive passives. Add +Threat Increase loot, and all of your allies will be able to massacre while you distract enemies.

A squad of Wraith Delta and any Zrin and Viper variant has been proven to be able to survive 18-4 on solely Capsules and Dual Leech. Zrin's DPS Squad Ability Plasma Column, along with Viper's Toxicity Passive allow for Dual Leech gear to be used to its fullest.

Like every other user of Soul Link, Wraith Delta needs maximum Cooldown Reduction and Dual Leech.

This is a hypothetical list over all heroes' passives and their possible combinations with Wraith:

Equip like any other Sentinel, focusing on Strength, Health and Power.

NOTE: Not all of these stats are necessary, but are things to keep an eye out for. Also, these stats mainly apply to just Wraith and his abilities, not any other squad abilities.

Retrieved from "https://darksporegame.fandom.com/wiki/Hero_Strategy:_Wraith?oldid=16053"
Community content is available under CC-BY-SA unless otherwise noted.