ATTENTION! THIS PAGE IS UNDER HEAVY CONSTRUCTION

Zrin, the Sun Fist, is the second Plasma character introduced to the player, as well as the only Sentinel of his class. Zrin specializes in taking out a horde of Darkspore,  dealing massive AoE damage, and defensive durability.

"Pummels a nearby enemy for 9-14' physical damage. When Zrin hits with his fire fist, the target will burn for 10 energy damage over 5 seconds, while his lightning fist has a 10% chance to shock his target"

This basic attack is one of the most unique abilities out of all heroes. Not only that it can burn its foes, it can also have a chance to stun the enemy. This is the only ability that can alternate between two different debuffs, making +% Harmful Stats Inflicted and +% Periodic Damage extremely helpful on improving this attack without the use of other abilities.

Giving Zrin +5% Chance to Stun helps increase the chance to stun the target by 15%, but this is rare to find. The only disadvantage for the stun effect is that it has no effect on Darkspore with the Unstoppable buff, giving them immunity to debuffs that pause them.

Adding +% Physical Damage and +% Periodic Damage will help increase how much damage is dealt.

The Pain Hounds are called Pain Hounds for a reason. They are spawned when Zrin suffers pain, which is equivalent to taking damage. Having pets will really aid Zrin's survivability, especially when combined with his Passive. If Zrin has enough Cooldown Reduction, it is even possible to have three, four, or -very rarely- even five or six Pain Hounds at one time!

This straightforward ability is one of the most devastating. Being a moving AoE emmiter, you can constantly bring a large pathway of pain to any Horde in your path. Zerak's Modifier can increase the power, as having several pets will double, triple, or even quintiple the amount of damage dealt! When combined with Shadow Cloak, the damage is DEVASTATING, as the entire Column will Crit.

(Seriously, If you had a Zrin that can do over 30K per second without catalysts, he'd tank 18-4 DESTRUCTORS without a hassle XD)

The Squad Ability Modifiers for Zrin are featured below.

"Whenever Zrin takes damage, his skin hardens for 6 seconds, reducing incoming damage by 4%. Stacks up to 5 times." 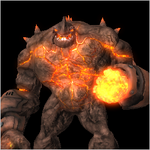 "Calls down a meteor at the targeted point. Any enemies within 3m of the impact take 22-34 physical damage and are stunned for 3 seconds." 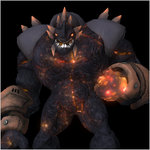 "Launches a wave of flames that starts out narrow but spreads to 16m wide, dealing 26-35 energy damage to each enemy it touches." 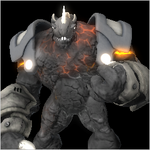 "Launches a sphere of heated plasma that zaps nearby enemies with lightning for 7-18 energy damage. If the sphere hits a target, it will explode, dealing 22-36 energy damage to all enemies within 4m."

Electron Sphere is an unusual ability, which most players prefer to distance themselves from. That is not to say that it is without its uses. Best fired at tight groups of Darkspore, it can hit several enemies with its lightning, then explode dealing damage to all of them. 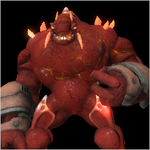 "After concentrating for 1 second, 12 streams of lightning burst out in all directions, dealing 10-51 energy damage to enemies and shocking them for 3 seconds."

An ability that normally is hard to use effectively since it requires you to be in the middle of a horde, which, as Plasma Heroes generally have low health, can be quite dangerous.

Zrin changes all that. Being the only plasma sentinel he can withstand the immense damage of being inside a horde. The shock effect also keeps enemies still, making his squad ability even more powerful.

+xx% Duration of Harmful Statuses Inflicted modifier is very helpful as it keeps enemies shocked for a longer time.

+xx%/+xx Energy Damage is always helpful for energy abilities, like this one.

Equip like any other Sentinel, focusing on Strength, Health and Power. Adding anything that would boost his defense is also useful.

NOTE: Not all of these stats are necessary, but are things to keep an eye out for. Also, these stats mainly apply to just Zrin and his abilities, not any other squad abilities.

Retrieved from "https://darksporegame.fandom.com/wiki/Hero_Strategy:_Zrin?oldid=16061"
Community content is available under CC-BY-SA unless otherwise noted.